In the Village of Greenhills, welcome signs and street signs acknowledge the historical district and the founding of the village in 1938. That was when the Roosevelt administration was creating jobs by building infrastructure and providing housing for moderate income families. The government built the three “sister” towns of Greenbelt, MD, Greendale, WI, and Greenhills, OH.

The political entity, the Catholic church, and the original Community Church all have common roots. While the churches were being organized, both congregations shared the use of the Community building to hold worship services.

In 1941, under Dr. Clark, architectural plans for the building were started. The Church was incorporated in 1944. The years from 1944-48 were a time of tremendous growth when membership rose to 330.

The fledgling church ensured its future by becoming associated with a mainline protestant denomination. Greenhills Community Church added Presbyterian to its name on July 18, 1948.

Groundbreaking took place on April 8, 1951, with the men of the congregation actually digging the hole for the foundation themselves. In our congregation now are a few who remember taking part in that project or watching their parents doing the hard labor.

The first level of the building was completed and dedicated in 1953, when the room that is now the Fellowship Hall served as a sanctuary and other multi-purposes. With vision and dedication, those early members soon started in to build a new sanctuary, which was dedicated in 1956.

Just three years later, Sept. 23, 1959, the church-school wing was completed. In the early ‘60’s, our church-school enrollment zoomed up to 800. (Remember, we were the only Protestant Church with a building! No competition!)

As the building programs of other denominations materialized, attendance leveled off. Unused classroom space was opened up to house groups from the community at large, including kindergarten classes from the Greenhills School District.

Cooperative activities continued, such as an Interfaith Study Group, Mission Trips, and a Coffee House that started with church youth and later became a mission to the community. GCCP and OLR (Our Lady of the Rosary) shared Vacation Church School, held concerts together, and even shared an organist. The church has always been involved in the community, with leaders serving on the School Board, Greenhills Journal, Greenhills Council, and in Scouting. This Church provided room and volunteer staffing for the Presbytery Resource Center for several years.

As the Jubilee Year approached (50th), plans were developed to renovate the sanctuary.

Part III – From the Jubilee Year (50th)
to the 75th Anniversary

In 1988, the most obvious feature of the remodeled sanctuary was the Jubilee Window. There was a separate fund created just for the Window, and many of the donations were given as memorials. For information
concerning the symbolism of the window, see separate
article on the Jubilee Memorial Window.

Part IV – From the 75th Anniversary to the Present

The church celebrated the 75th Anniversary with a grand Home-Coming Party. Former members and friends of the church came back to visit. There were special remembrances during worship, tours of the facility, displays of memorabilia, a computerized display of photographs from the very beginning to that actual day, and a fellowship meal.

Along with the celebration of the past was a serious study of where the church is heading in the future. In the last 10 years, we have had an installed pastor who stayed for about 7 years as well as two interim pastors. We’ve read and reflected about “Who we are” as a people, and “Where we have been” during the 83 years of our collective history. We live in faith and trust, for only God knows “What we shall be…”

Pictures from our Archives 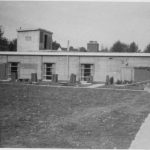 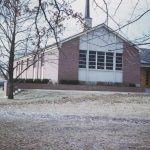 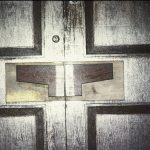 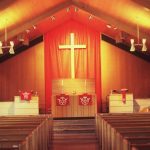 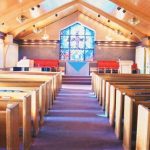 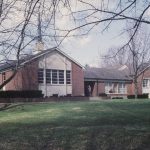